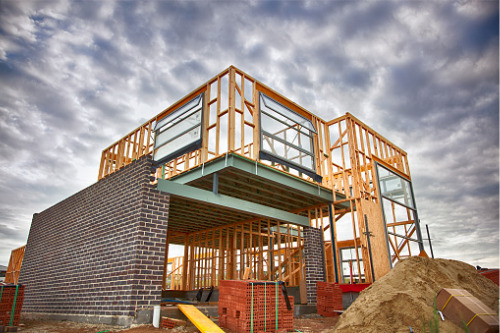 Bob Buckel knows all too well the heartache of skyrocketing lumber prices.

“We wanted to build our front porch, and one of the local builders here wouldn’t even turn out to give an estimate,” said the vice-president and product manager with Erie Insurance in Erie, PA.

“They said, ‘Look, if we came out you would not be happy with the estimate you get. Any project involving lumber, we’re not even providing estimates for.’

When the full scope of the pandemic’s impact was felt, most people assumed a massive slowdown of the economy would mean fewer construction and renovation start-ups, leading to lower prices for lumber amid lessening demand.

It didn’t quite work out that way.

“From what we understand, sawmills started to shut down when the pandemic hit for a couple reasons,” Buckel said.

One is because those sawmills were having their own pandemic-related issues and, depending on local health directives, had to shut down temporarily or operate with fewer people in the shop.

The other reason sawmills slowed down is because, when governments worldwide issued stay-at-home orders, they assumed a slowdown in the economy meant there wouldn’t be a lot of demand for lumber.

“But what happened was the exact opposite,” Buckel explained. “Due to low interest rates and other factors, more and more people were looking to build homes, buy homes and renovate their homes. So, you had a supply that essentially got shut off and demand that skyrocketed.”

The last numbers he saw from his agency’s industry partners showed a 54% annual increase in lumber with plywood at 42%; in some areas of the country, Buckel added, he was hearing stories of a piece of two-by-four going up by as much as 300%.

The price of lumber has come down a bit after peaking at an all-time historic high of $1,711 per thousand board feet in early May, but prices are still well above pre-pandemic levels – which means extra costs not just for Buckel’s front porch, but also for anyone with home insurance that needs to renovate or replace their house.

According to the National Association of Home Builders, increased lumber prices have added almost $36,000 to the price of a new home. What this means is if a policyholder had taken out a standard home insurance policy for a certain amount just a few years ago, then that’s the amount their insurance would pay out if they filed a claim today – and the additional $36,000 (or whatever extra it would cost because of higher lumber prices) would come out of pocket.

With that in mind, Buckel and his team are proactively reaching out to clients to let them know what their coverage limit is, and to talk about guaranteed replacement cost coverage.

“The biggest thing we recommend is understanding the loss settlement for the building. We know it’s not easy for brokers to reach out to every personal line customer because there are so many of them, but anything they can do helps,” he said.

“Some of our agents are going on Facebook, social media, blog posts… anything they can do to get the word out to their customers. As a company, we’re doing some things, too, like using our customer magazine to talk about this issue – we’re trying to give them a heads up that they should be paying attention to this.”

As Buckel and his team try to help their clients avoid getting stung by fluctuating lumber prices, he says there’s some good news in the fact that the numbers are on a downhill trend as challenges in the lumber supply chain continue to work themselves out.

“We think it’s going to start to regulate,” he said. “The sawmills have definitely increased production, we’re starting to see demand for new homes wane a little bit… but how long it’s going to take, it’s anyone’s guess.”