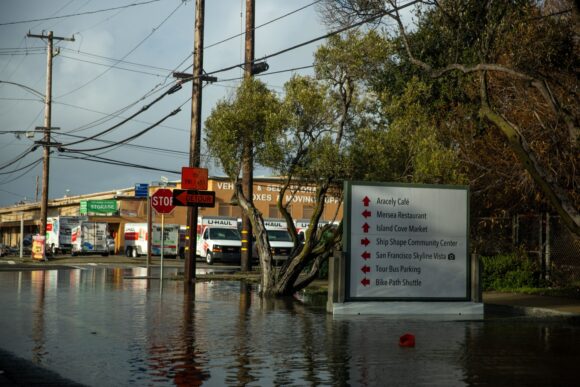 Reinsurers are increasingly reconsidering their business in natural disaster-prone locations including California and Florida as losses mount, according to Moody’s Investors Service.

Climate change has increased wildfire risk in California while hurricane losses in Florida have already seen a number of reinsurers cut exposure, Moody’s said. Five-year average loss ratios for homeowner insurance in Florida and California are among the highest in the US at 80% and 117% respectively, it said in a report.

Many reinsurers “are raising prices, limiting coverage and even exiting some markets to improve returns,” Moody’s analysts including Danielle Reed wrote. “They will need to continue to manage their portfolios effectively, look for new opportunities and price risk appropriately in order to be able to continue to assume these increasing physical climate risks.”

Climate change, which has increased the frequency and severity of weather-related natural catastrophes, poses a significant challenge to reinsurers, who absorb risk from insurance firms. Over the past five years, insured natural catastrophe losses averaged about $100 billion, with 71% of the losses occurring in North America, the report said.

Insured losses are separate from total economic losses because not all property is insured.

Moody’s said the industry is focusing increasingly on so-called secondary perils, such as convective storms and wildfires. Historically, insurers regarded hurricanes and earthquakes as the disasters that could cause monster damages, with everything else put into a secondary bucket.

However, these events are accounting for an increasing amount of economic damage. Secondary perils’ share of total insured losses globally has reached over 60% on average over the last three years, Moody’s said.