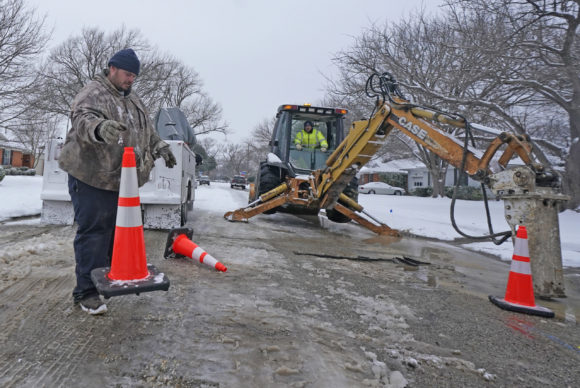 Texas is still at risk of power blackouts this winter in the event of extreme weather like the catastrophic February storm that buckled the state’s electrical grid and left millions of people without heat for days, the nation’s grid monitor said last week.

The warnings in the annual winter forecast by NERC, which oversees the reliability of the nation’s electrical sector, comes as Texas Gov. Greg Abbott and the new leadership of the state’s embattled grid signal their confidence that the lights will stay on this time. Energy experts are skeptical that sufficient changes have been imposed on power plants and gas producers in Texas, where the energy industry has a lot of clout.

The February storm led to one of the biggest power outages in U.S. history, knocking out electricity to more than 4 million customers and leading to hundreds of deaths. Some homes were left without heat and water for days.

The projections by NERC show that Texas could have a nearly 40% shortfall in available power to meet demand in the event of another severe winter storm. Moura said that although such an extreme scenario is “not a highly likely event,” it cannot be ruled out.

“It is something that we’ve seen occur, and can occur, if we continue to have that extreme weather,” he said.

President Joe Biden’s national climate adviser called last winter’s storm a “wake-up call” for the United States to build energy systems and other infrastructure that are more reliable and resilient in the face of extreme-weather events. Lawmakers in the GOP-controlled Texas Capitol did not dwell on climate change in the aftermath of the freeze, and instead pushed to make improvements to the grid.

Federal officials have recommended that power providers be required to meet tougher standards for protecting their plants from freezing temperatures.