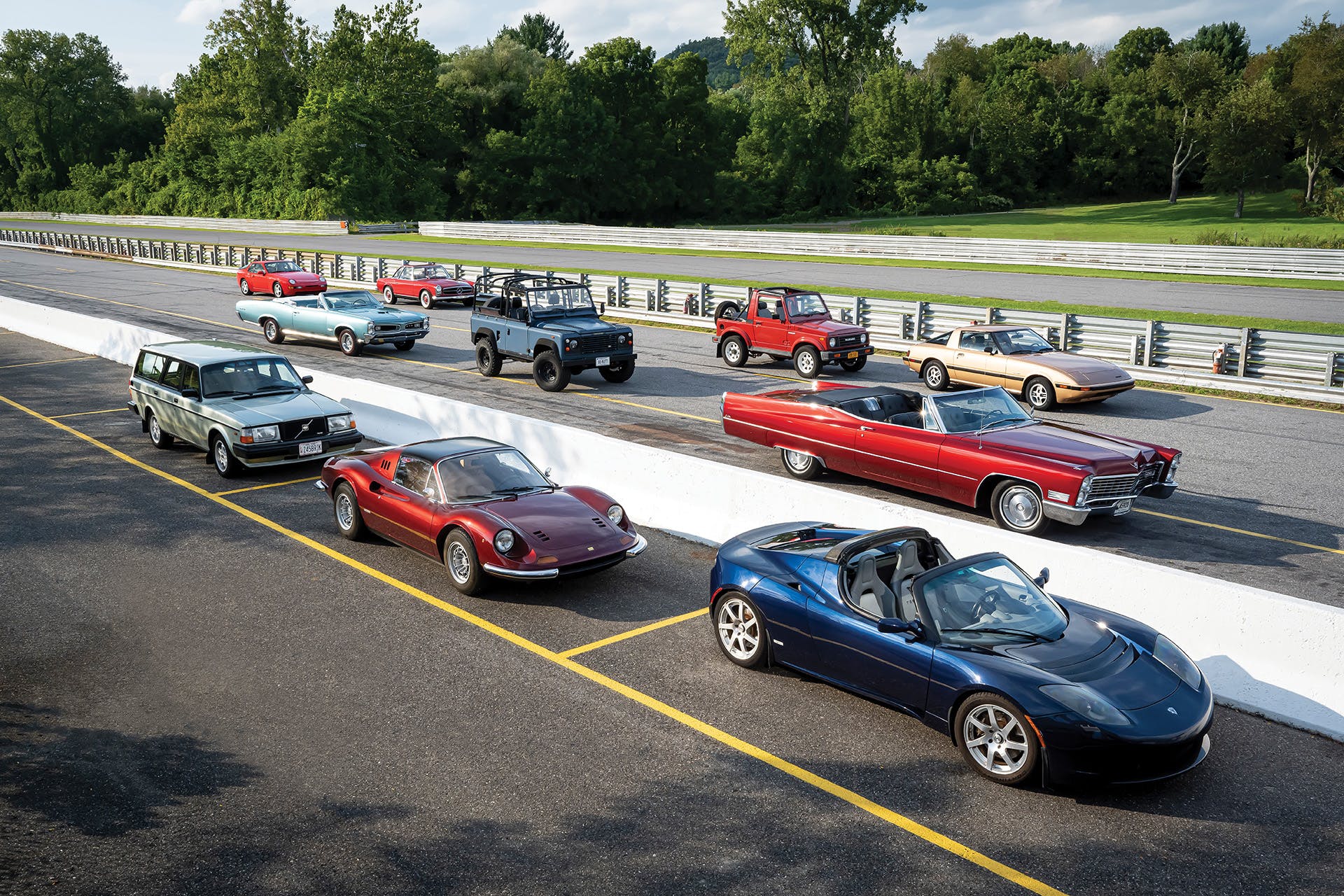 Without wishing to strain the limits of understatement, this has been quite a year. Far into the future, economists will still be debating this roller-coaster ride, with its supply shortages and price spikes and disappointing employment numbers, despite help-wanted signs seemingly everywhere. And, as with just about everything else you could (and couldn’t) buy in 2021, the prices of classic cars went up.

However, even as your hard-earned dollars shrink in your hands, there are still good buys out there if you’re paying attention and willing to act. In the smoke-filled backroom of the Hagerty Automotive Intelligence department, a long list of potential candidates for this year’s Bull Market roundup was slowly whittled down. There were arguments and there were protests. Stands were taken and slices of day-old pizza may have been thrown. But eventually the group arrived at the list you see here.

As always, some of the vehicles may induce head-scratching. Why has a 246 Dino made a list of up-and-comers when its price up and left the building a decade ago with the general berserking of Ferrari values? Well, it turns out they recently went through a soft spot, and Gen X is showing a lot more interest in the model as they and millennials increasingly take the reins of the collector car market. Also, in this global marketplace, Europe is again calling its children home, with overseas exports of Dinos rising. The Mercedes-Benz 230SL as well falls in that boat—or, we should say, on that boat. Pan-Atlantic demand means rising prices for all, even if shipping cars back to the U.S. this year has meant braving the snarled global supply chain. 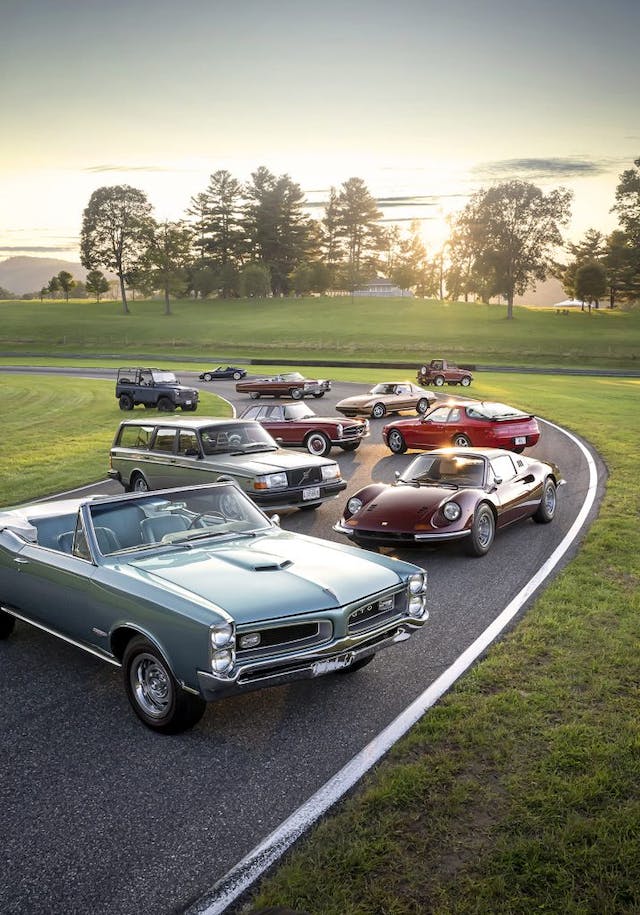 Above all, demographics play a huge role as younger buyers express their unique preferences, such as for Land Rover Defenders, sometimes at the bemusement of older collectors. Even so, every car on this list has a positive story, whether, like a late-1960s Cadillac, it has been largely overlooked but is now seen as a cheap path into old-car cool. Or, as with the Pontiac GTO, it’s a veteran collectible finding new momentum among new buyers. Or, as in the case of the Tesla Roadster, it’s seen as the wellspring for an entirely new technology that will change automobiles and society forever. Note that a functioning example of Apple’s first computer sold at auction for $459,000 in 2020.

The only thing we don’t have on the list this year is a motorcycle, as we’ve had in past years. The reason is simple: One was selected, and a willing owner contacted, but at the last second, that person was unable to participate.

As we said, it’s been quite a year. —Aaron Robinson 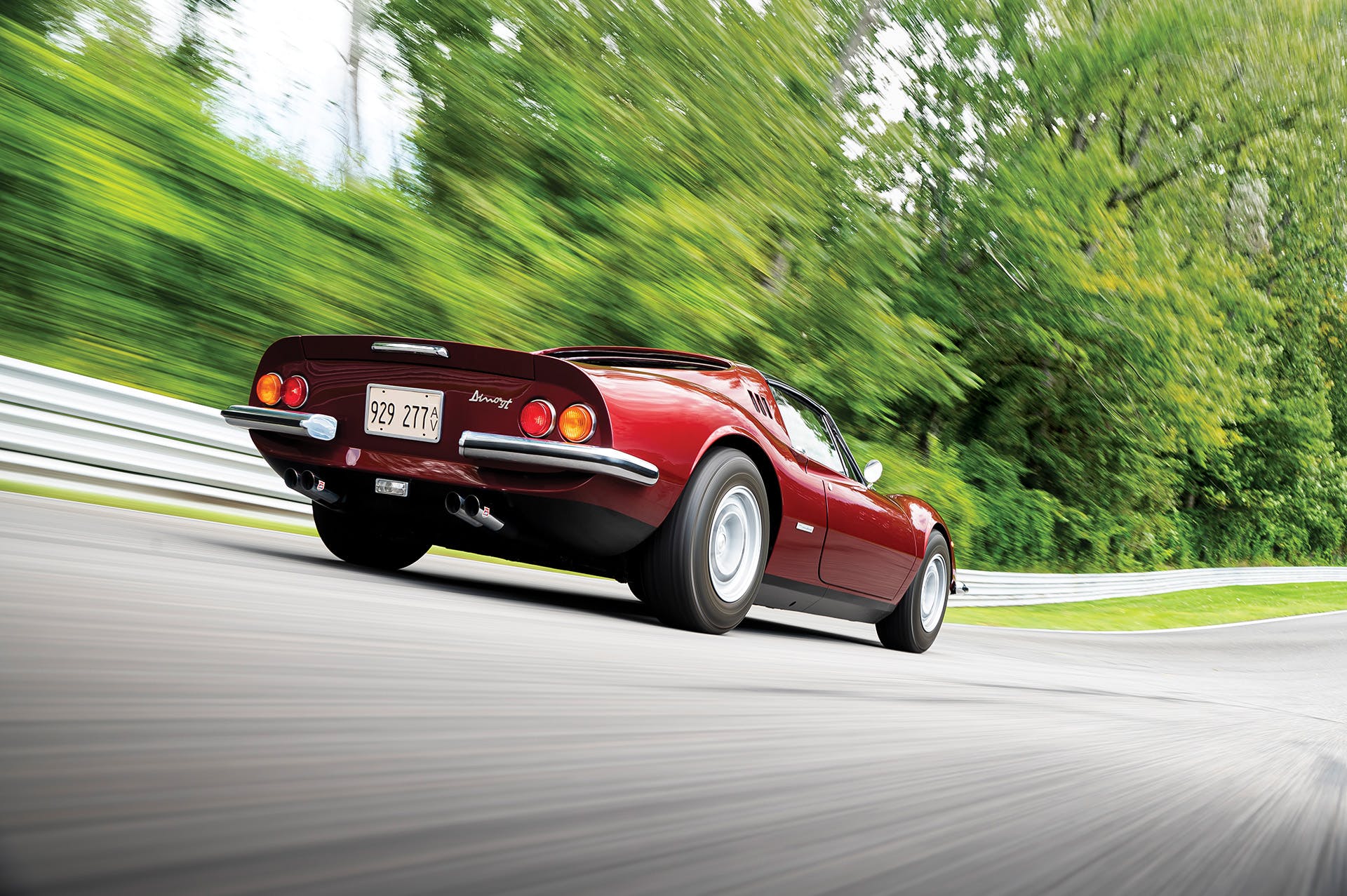 One of the best Enzo-era Ferraris of all isn’t even a Ferrari. Well, at least it doesn’t say Ferrari anywhere on it, and that was by design. Enzo wanted it that way because the car was such a radical departure from his traditional road cars. To start, the Dino only has six cylinders, not the 12 of the Ferrari GT cars that preceded it. The engine was in the “wrong” place, too, transversely mounted behind the driver in a break from Ferrari tradition. In the end, though, it was this departure from convention that made the Dino special—and a fitting tribute to Enzo’s late son, Alfredo “Dino” Ferrari, who, before his death in 1956, had championed building a V-6–powered mid-engine car. The Dino, although technically its own brand, was Ferrari’s first mid-engine road car, undeniably ushering Ferrari into the modern era.

None of this would matter if the Dino didn’t look so good, but it does. Its lovely Pininfarina curves and surfaces lack even one bad angle. The 65-degree, four-cam, triple-Weber V-6 snarls and barks and revs as if it completely dismisses the fact it was assembled by Fiat. The five-speed transaxle snicks through its gated shifter with addictive precision, the chassis is nearly perfectly balanced, and the steering and brakes make you wonder what everybody else at the time was getting wrong. 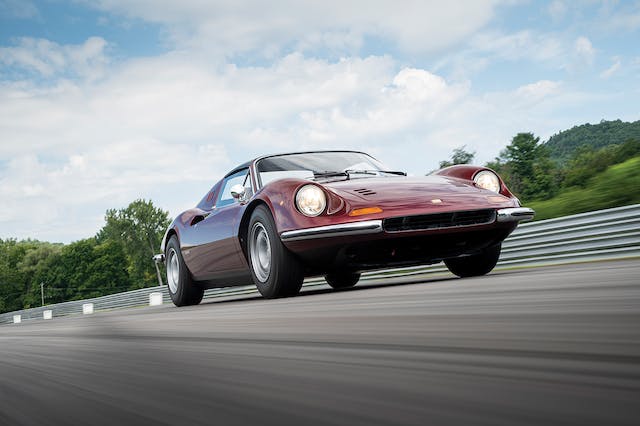 All of the Dino’s qualities showed when we hustled around Lime Rock the car on these pages, owned by a knowledgeable collector. No stranger to the world of vintage Ferraris, he long ago decided he’d wait to buy the right one. And that happened five years ago, when this European-spec 1973 246 GTS—a car he had watched being restored on FerrariChat—came up for sale. It was the “almost-impossible-to-replicate combination of drivability and aesthetics” that attracted him to a Dino, and he has not been disappointed. “The whole experience is unique. It is a great road car. I don’t hesitate to take it on a weekend trip or a multi-hour drive. And the car has been exceptionally reliable.